Another glorious day on the West Coast of Scotland - the forecast was for 25 degrees again! - so with plenty of water in our packs, we made an early start for an attempt on Bla bheinn - a potential first Munro for grandson #1!

Jim and I had been this way up Bla Bheinn before - we remembered how much we'd enjoyed the scrambling - easy but exciting (on the route we chose!) - and great views of the main Cuillin ridge from the summit - not to far and not too high. Plus we'd had a close up of a golden eagle on our descent!

We weren't just getting away early to avoid the worst of the heat. Everywhere had been very busy and we had a feeling that the recently extended John Muir Trust car park at the foot of our rocky objective could be full if we left later. Good job we did set off in good time - we got the second to last car parking space, and the last place was snapped up a few moments after we pulled in
The John Muir Trust is a great organisation - Jim and I have been members for a goodly number of years now - the pressures on our dwindling wild land are tremendous and the Trust does amazing work, on the ground, within local communities, in education and making sure that those in power have to justify their decisions. And thank you guys for the much improved path into the Bla Bheinn hills...


Packs and boots donned - off we go. The views were awe-inspiring - especially for a newbie - but we couldn't have wished for a more beautiful day to be in such a grand setting.


Even this early in the day, it was hot! Hats were dipped in the burn...


The views just kept on getting better and better. The dark of the gabbro and basalt rocks, stark and clear against that azure sky - it didn't feel quite real...


The path became a bit rougher as we climbed into Coire Uaigneich, and once the ascent relented and we got our breaths back, the view just took it away again...

Definitely time for first lunch. We clambered up a few rocks to find the perfect picnic spot...

Over lunch, we discussed routes and decided to have a scramble about in the rocks to the right (N) of the main path up - initially the path is rough and a bit of a scree slog - so we looked out and spied a good line up a couple of little gullies - if it got too much for anyone, we only had to traverse a few metres left to get back on the main path.


Once at the top of the gullies, grandson #1 was keen for more. It had been easy scrambling so far, on that wonderful sticky Skye gabbro - so we agreed to make our way up the next craggy bit.
We had a bit of a safety talk - not scrambling up anything you couldn't down climb, not climbing directly below someone else, being careful not to knock rocks onto the person below etc...


I was in the front, with grandson and son behind, moving diagonally across the hillside, a scrambly bit followed by a grassy terrace - with our daughter-in-law and Jim bringing up the rear.
Before we knew it, a stone was dislodged and went flying down the hill. "Below!"
It bounced and ricochet across the hillside, catching Jim on the side of the head. He did the most amazingly athletic back flip and, luckily, landed on his front on the grassy terrace just a few feet below where he had been climbing. There was a moment of silence and stillness before he moved, got up, laughed and started to flounder about above the cliffs.
Everybody shouted at him to sit down - and shouted again, 'cause he definitely wasn't with it! Eventually he sat on a patch of grass looking sheepish - and bloody!


I contoured my way across the hillside to safer ground with the youngest member of the team and then we went back down the path to the terrace Jim was on. Our son scrambled down directly to his dad.


Jim's left ear was hanging off!
I've always got a pretty good first aid kit stashed in the bag - and a good job too! - Two large dressings later and Jim's ear was covered up and he was looking a lot less gory.
And then he wanted to carry on to the summit! I don't think he realised quite how bad the wound was - plus I suppose he was in shock.
We made our way back into the coire and down the path towards Loch Slapin - the view's were still glorious - the hills oblivious - it was almost as if nothing had happened.


Jim seemed fine in himself, trotting along quite happily - we had a few comments from other walkers coming up the path - bandages and blood can do that!
We took ourselves off to the Dr. MacKinnon Memorial Hospital in Broadford - where the wonderful NHS staff stitched Jim's ear back on - only 17 stitches. Thank you guys! If the rock had been 2" to the left, we'd have been laughing about a near miss. But if it had been 2" to the right, it doesn't bear thinking about!
We weren't allowed in with him, of course, Covid-19 regulations - so ice cream and a sunbathe on Broadford's seafront seemed in order.


Jim was fine when we went back to pick him up from the hospital, laughing and joking - trying to make grandson #1 feel better (he thought it was his fault as it was him who had dislodged the rock, but it could have been any one of us).

Jim was well enough for an evening saunter beside the River Nevis when we got back to the campsite - enjoying the sunset.

We'd certainly had an interesting day...

And it hadn't put the youngster off - he's still wanting to go up Ben Nevis later in the week.

Note to self: purchase climbing helmets!

Route: John Muir Trust car park by B8083 Broadford/Elgin road (NG560215), fp back to road, N across road bridge over Allt na Dunaiche, immediately W along good fp along N bank of burn and ascend into Coire Uaigneich, once into Fionna-choire, just past the crags (NG536212), turn sharp N at a small cairn and follow zig zag very rough path above cliffs return to start

Setting off from Glen Feshie - it was chilly - before the sun had a chance to peep over the hills...  Off we go! Jim - Setting off near Auch... 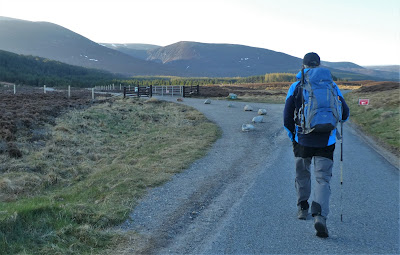 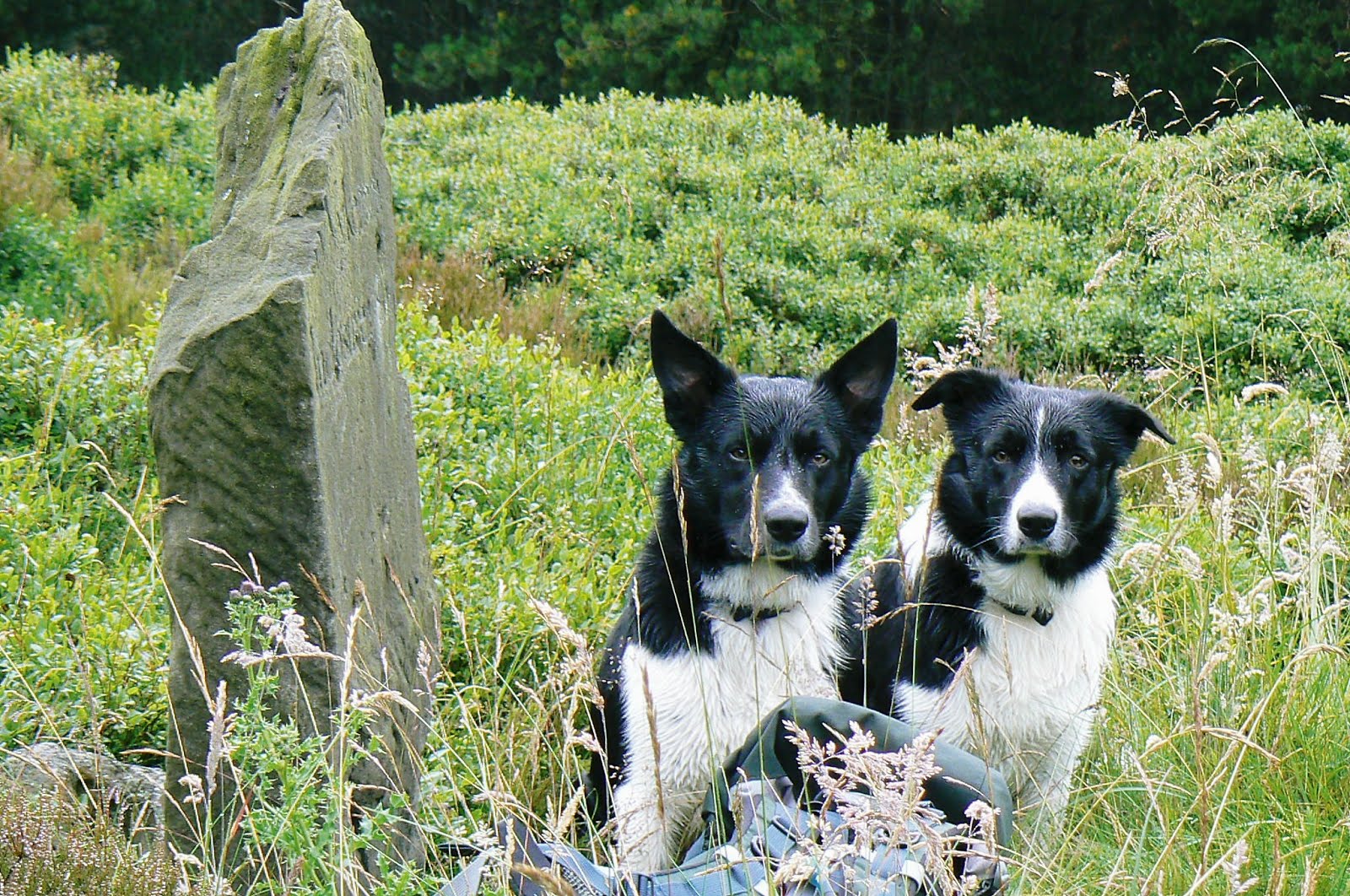 It wasn't that big and it wasn't that far away but, to us, it has come to mean that point to aim and strive for - a far horizon...

Promote your Page too
I live with my husband, Jim in the village of Hopeman, on the Moray coast. We are newcomers to the village after living for 27 years in Wykeham Forest on the North York Moors.
Our interests include hill walking, scrambling, open water swimming and canoeing - and we try to get out and about as often as possible

Happy as a Dog in Heather 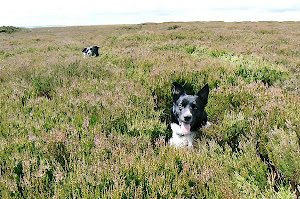